A night to honor and celebrate Holocaust survivors

Globally, the Claims Conference celebrated thousands of Holocaust survivors across four countries, in seven locations during this year’s event. Each event was a powerful reminder of the resilience and strength exhibited by survivors every day.

Below are some highlights and snapshots, each representing individual stories, new connections and a true global celebration of light over darkness during Chanukah, the festival of light. 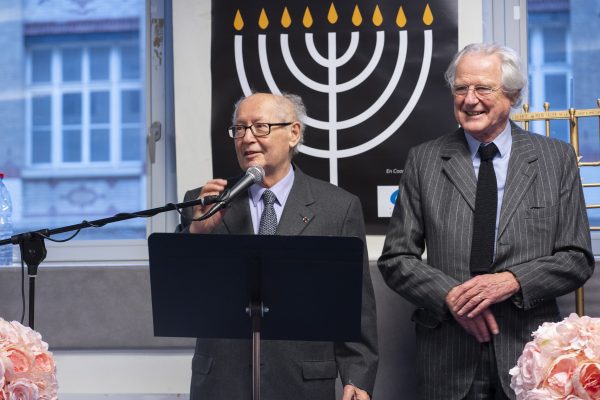 FRANCE: Serge Klarsfeld (left) and Baron Eric de Rothschild greeted Holocaust survivors in Paris, where over 100 survivors came together to light the menorah and celebrate International Holocaust Survivors Night for the first time in France.

This year’s International Holocaust Survivors Night was expanded to include France. More than 100 survivors were honored in Paris at a menorah lighting led by the Chief Rabbi of France, Haim Korsia. Also in attendance was philanthropist, Baron Eric de Rothschild and Serge and Beate Klarsfeld, famed Nazi-hunter and President of Sons and Daughters of Jewish Deportees in France.

“We must not forget these immediate victims of the Shoah’s turmoil,” said Serge Klarsfeld. “We have a duty to support them, encourage them and empathize with them.” 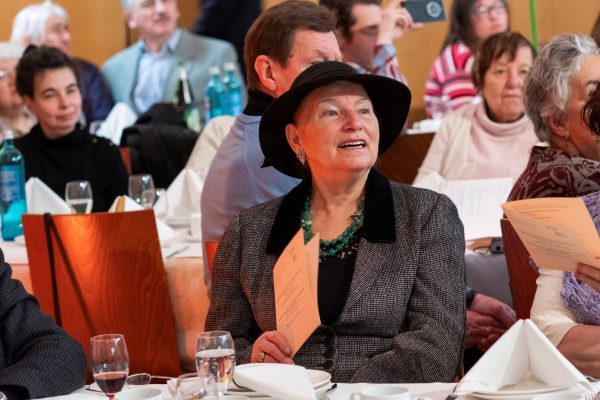 GERMANY: Holocaust survivors during International Holocaust Survivors Night in Munich, where more than 300 survivors gathered for a menorah lighting ceremony on the first night of Chanukah.

“Keeping the memory of the Holocaust alive is a crucial and increasingly difficult task, and creating a connection with the remaining survivors is the best and most sustainable way to do that,” said Charlotte Knobloch.

Survivors in Bremen, Germany, were honored in a separate event held at the Jewish community center, Schwachhauser Heerstrasse. The celebration was attended by 70 survivors and was led by Elvira Noa, chair of the Bremen community. Frank Imhoff, president of the city parliament and Dr. Maike Schäfer, Senator and Mayor of Bremen, greeted the participants. 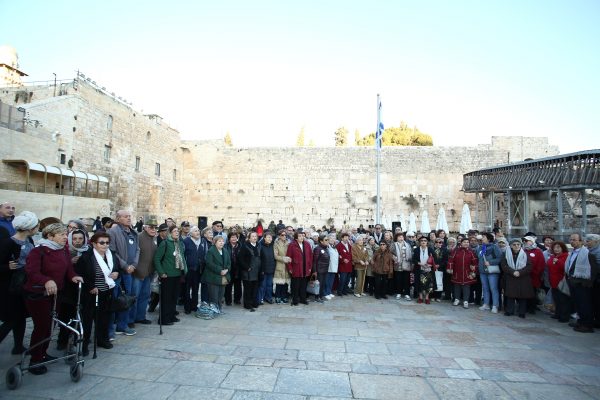 ISRAEL: Several hundred Holocaust survivors gathered at the Kotel to celebrate International Holocaust Survivors Night and to light the menorah.

This year’s menorah lighting at the Kotel included several hundred Holocaust survivors. The celebration was attended by Israel’s Minister of Education, Rafi Peretz, as well as Ambassador Colette Avital, Claims Conference Secretary and Chairperson of the Center of Organizations of Holocaust Survivors in Israel, and Shlomo Gur, Claims Conference Vice President for Israel.

Ambassador Avital congratulated survivors, saying, “On such a day, we must also remember the good of human beings, the good of us, the fact that despite all the hardships we are here together today.” 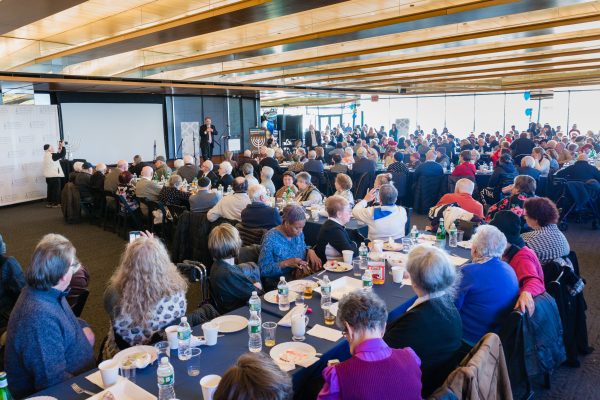 UNITED STATES: More than 300 Holocaust survivors from across the Northeast gathered in lower Manhattan to celebrate International Holocaust Survivors Night and light the menorah.

“Holocaust survivors inspire us daily with their strength, resilience and wisdom. It is fitting that the first night of Chanukah, a holiday that commemorates survival and a miracle, is dedicated to these extraordinary women and men,” said Museum President & CEO Jack Kliger. 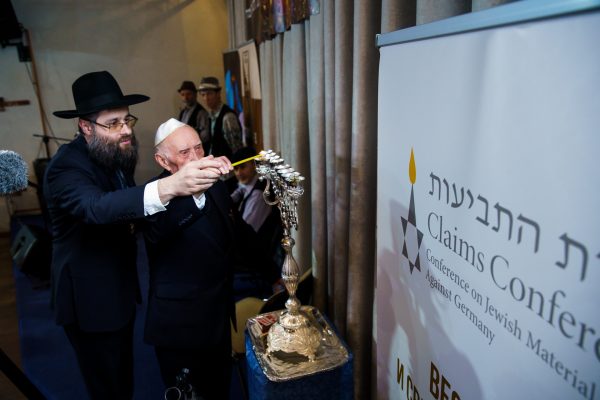 “On Chanukah, we are all talking about a miracle, the miracle of a little jug of oil that kept burning for eight days! Our mutual work here is also a Chanukah miracle.” Yoni Leifer said, “More than 20 years we have been working together to help people, make them happy and provide them with care.”