Fifty artworks that were looted in the Netherlands during World War II are now on display in Amsterdam in the hope of generating claims for stolen art currently in the custody of the Dutch government.

The exhibit of the Jewish Historical Museum in Amsterdam displays artworks that were looted from their owners during the Nazi era and have yet to be claimed. The exhibit, “Looted, but from whom?” is intended to draw public attention to the issue of Holocaust-era stolen art and facilitate the return of at least some of the few hundred works for which the original Dutch owners or heirs have not yet been found.

The exhibit was organized with the Origins Unknown Agency, established in 1998 to research and publicize the origins of the 4,700 Dutch-owned artworks that were found in Germany after World War II. The agency has a website, www.herkomstgezocht.nl, which can be searched for artworks looted in the Netherlands during World War II. Since it was established, the agency has helped in the return of more than 500 items. The museum exhibit displays the results of the agency’s research. Also helping to organize the exhibit are the Ministry of Education, Culture and Science and the Netherlands Institute for Cultural Heritage. 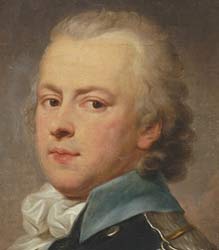 Works on display at the exhibition “Looted, But From Whom?” The exhibit of the Jewish Historical Museum in Amsterdam displays artworks that were looted from their owners during the Nazi era and have yet to be claimed.

The website of the exhibit at the Jewish Historical Museum is www.geroofdmaarvanwie.nl in Dutch and English. The exhibit is staged at the Hollandsche Schouwburg (Dutch theater), and runs through February 25, 2007.

The Claims Conference and the World Jewish Restitution Organization (WJRO) have begun a comprehensive program toward the restitution of Jewish-owned art and cultural property lost and plundered during the Holocaust. Recently, a survey was completed of U.S. museums concerning their progress in provenance research, and underway is a digitization and publication of the records of the main Nazi organization responsible for pilfering and collecting art during the Holocaust. Information regarding restitution of art, including a list of searchable databases of potentially looted art, is at www.claimscon.org/art. 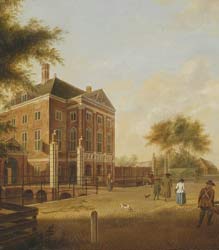